Constipation and the Reflective Nostalgic... 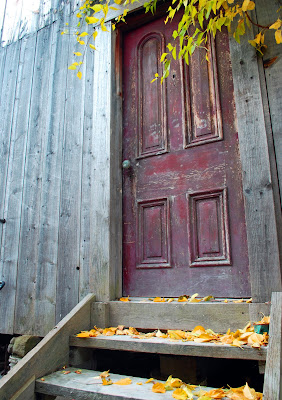 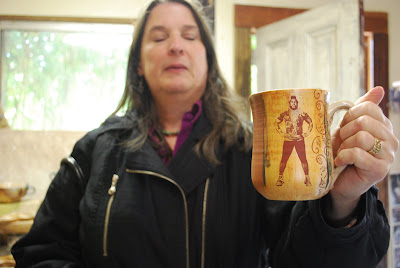 ...another satisfied customer...she's no fool!

If you have never come out for the Indiana County Regional Potters Tour...this is the weekend to do it...and there is still one more day left in the weekend...so what are you waiting for!
The weather is perfect all weekend...low 60's with abundant sunshine and the leaves are at their peak. There were bunches of folks out and about today...I hope to see even more on Sunday!Here are some pics from inside and around the studio today. Click to enlarge. 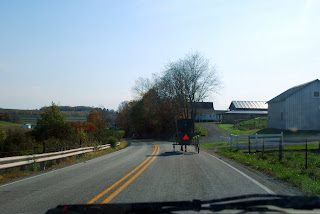 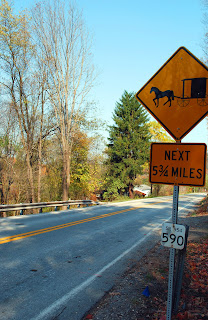 And here is an example of some of the traffic you may encounter on your trip out to Little Mahoning Creek pottery...I think you can handle it. 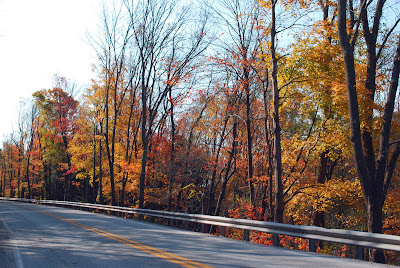 New post coming up this week...
Posted by k.houser at 7:38 PM No comments: 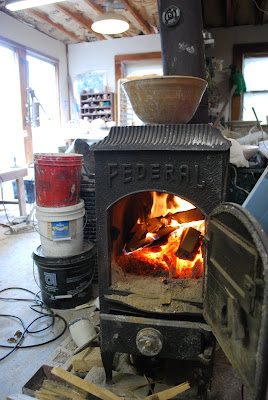 I left the studio yesterday around 5:15 for my twenty five minute drive back to my house. The light was golden across the rolling hills of the Amish farmlands and the corn fields were weathered and spent but fitting for this time of year. Storm clouds filtered in between the bright afternoon light and added a blue grey drama to the scene. I could have stopped my car a dozen times and shot a dozen perfect images. Autumn is really on top of us now.
Nancy and I have been busy getting ready to see you, and you, and you. 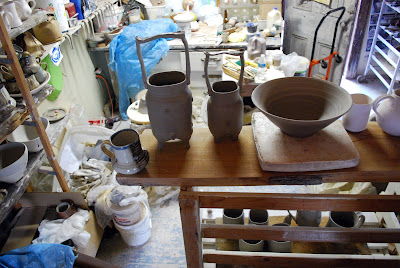 The Potters Studio Tour takes place October 16 & 17 and is always a big event for us out here in the foothills. We will be showing a whole bunch of new work...mugs, cups, bowls, teapots, platters, pots, and plenty more. All either fired in the salt kiln here or in one of the two wood kilns at the studio. As I said above, the setting is picturesque too...all this together makes for a great weekend to go leaf peepin' and pot shoppin'! 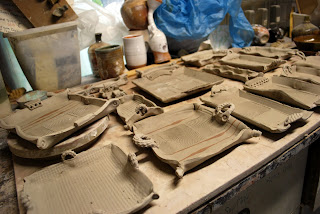 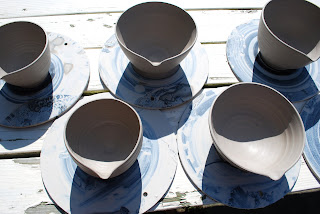 Here is a little taste of what we are cooking up in the studio...my small army of relish trays and batter/beater bowls...below are large platters with shore birds and Ibises by Nancy, and the studio in the golden Autumn sunshine ...enjoy the images and I hope to see your bright smilin' face soon. 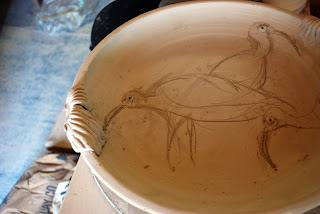 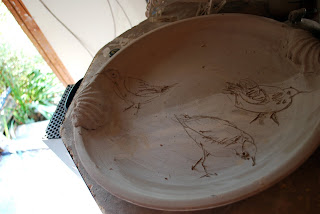 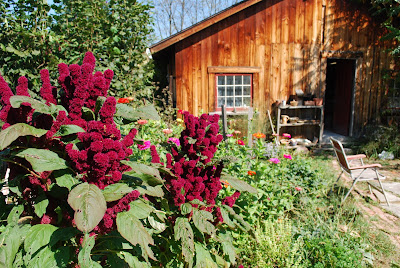