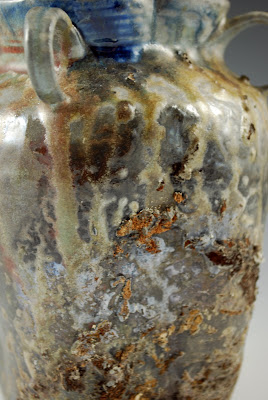 I am back in rural PA all suntanned from my FLA vacation with my other souvenir from the sunshine state...an ear infection. Other than that I am fairly rested and preparing to leave for Chautauqua on Friday. I will be back in the Chautauqua Institution for the entire summer firing kilns and managing the ceramic facility. I am currently working on my "talk" that I will be giving there on July 5th..."To Function or not to Function"...my continued back and forth bouncing of utilitarian work and sculptural work and how they intertwine...its like therapy for me. Chautauqua is a great place to blog from because there is a never ending stream of stuff happening so stay tuned for the upcoming Cha-posts...but on to the real business at hand...The last firing of the train kiln! 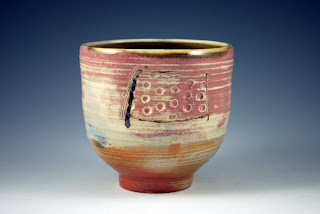 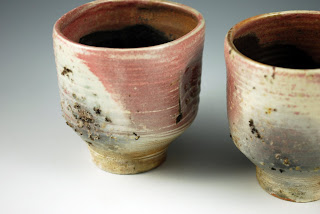 Well, everyone that fires a kiln and uses glazes knows that there is a certain amount of acceptance involved at the end. I tell this to all ceramic students...sometimes the finished piece is not exactly like the glaze tile...sometimes bad and sometimes good. Giving up the work to the random effects of a glaze firing is a big part of what I am interested in with my own work. This is why I wood fire, it was why I used to raku...it is that unknown variable that makes it unique and unlike anything that is mass produced. I say this because the firing was not altogether super. Nancy said she was a little disappointed and after seeing my pieces, I was too. This was a different firing that did not yield a perfect kiln load but did yield a handful of really awesome pieces. We both ended up with some real beauties, allot of pieces that can be re-fired and will be great, and also group of pieces that are beyond salvation. I will be doing re-fires in the Blauuw kiln at Chautauqua and then decal, decal, decal, and some gold luster. Some I will not even fire an image on them because they are so perfect. I'm posting a few pieces that were indicative of the whole firing...lots of drippy ash, some ash stuck here and there that didn't melt, and rich colors and juicy shinos. After 34 hours of firing, I would have hoped for more but I a bow to the kiln gods and happily accept the winners that I came out with and also know the potential of multiple firing the other pieces that were not exactly what I expected. My motto: "It ain't over until it falls apart...even then, you might want to think about it before its tossed on the shard pile." Click on the images to see bigger and to really examine the surfaces. 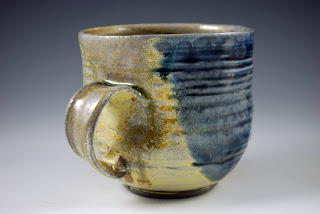 These two pieces below were right up next to the firebox and are the ones that took the lion's share of ash...they will probably stay just the way they are...drippy bowl and crusty vase forever...mmmmm. 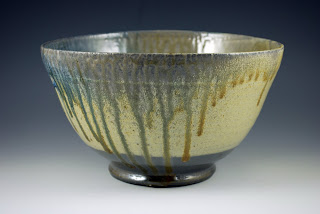 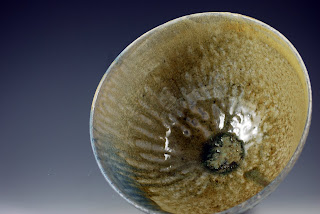 I got a great new wall platter out of the firing (below) as well as a handful of other nice pieces that I will be doing post firing work on... 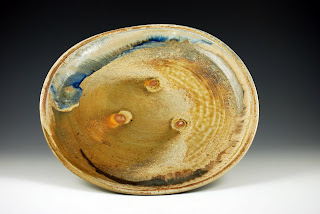 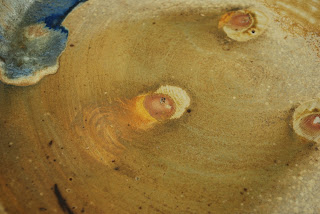 The platter is de-lish man! That'd be one of those ones I'd question pushing further, can't wait to see what you'll do with it.

congrats on the firing... beautiful pieces, looking forward to the decal work

lovely firing! wishing you many more and happy trails to chautauqua!

nice work!! Looking forward to hearing your talk in Chautauqua! I'm not up until the 24th, so see you then!