A Bunch of Random Chizzz... 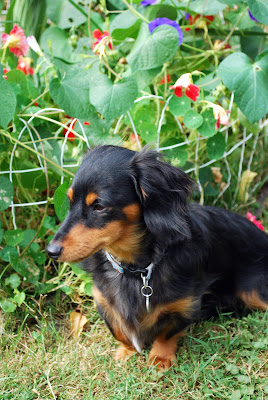 That's right, this is one of, if not possibly, the MOST random conglomeration of things strung together to create a single blog post I think I have ever done. I'm almost proud of that fact. 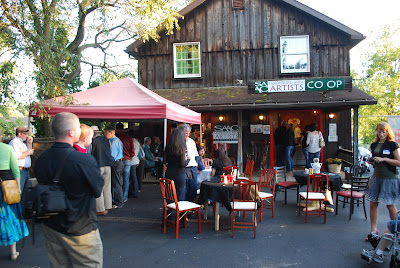 So, let me start with a couple pics from the Saxonburg show...The opening was well attended and Christy Culp, the person who put the whole show together, had a local winery involved in the catering, so they had a large variety of wines on hand...that never hurts. It was a really beautiful evening and my 8 year old daughter Kate and I, hitched a ride with fellow clay exhibitor Josh Floyd. Kate shot most of the pics ...Thanks for putting together a nice little show Christy! Here is a couple pics from the show as well as the one above...that's me trying out some of Christy's mugs(wine in one hand) and that's Josh Floyd giving the thumbs up to some of his own work in the show! 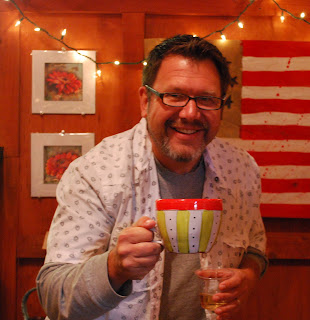 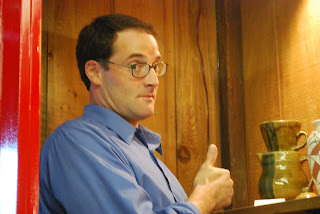 The next day I enjoyed using my cool new mug I bought at the show the night before from Christy. I also made a damn good batch of very fresh and slightly "diablo" spaghetti sauce. Speaking of mugs, I bought an O-riginal Michael Kline mug too. I purchased it online through his etsy shop...from his etsy kiln opening the Friday before our show opened. I should be getting it in the mail any time now. Having been a long time(relatively)reader of his blog, I felt it was about damn time I at least get something from him...I am anxious to see and ha 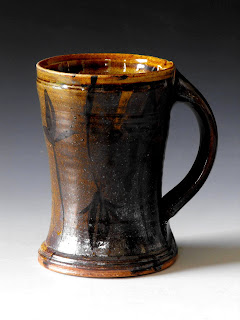 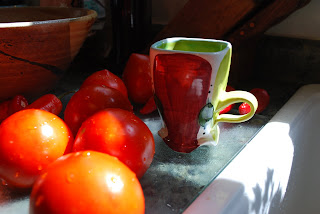 And totally not related to any of the above, I would like to direct your attention to some new blogs on my blog roll. There are a couple new clay blogs as well as some non-clay blogs...hey, its good to look at other things besides clay...I swear. "Wall of Paul" is written by a friend of mine, Paul Tatara, with whom I worked with at a record store down in Gainesville, Florida during the late 80's. He went on to write screenplays and movie reviews for CNN...his blog covers various themes in Pop Culture...very funny writer and so worth checking out. I have also recently been in touch with an old friend whose blog, "Oinky Pig" is now featured in my roll and even better, I have a video clip to post of that same friend, artist, singer/songwriter, attorney at law, political activist, mystic, and folk hero...another fellow Gainesvillian, Mr. James Cerveny. Please enjoy the unofficial official video for James's own "Buy Bobby a Fresca"...his quiver is chocked full of funny, disturbing, powerful homemade folk songs. The bonus here is, I think all he is wearing is that towel...and once again I am wondering about the connection between ceramics and soft core porn.
AND to add to my post of unrelated items...Fall is just around the corner in my neck of the woods, I can see it and feel it these days. Before I know it the Potter's Studio Tour will be on me...October 16 and 17...I will be spending my days that I'm not at IUP up in the studio. More to come about that soon...until then, check out some new work I am posting in my etsy store! 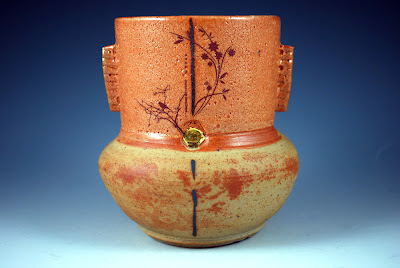 PS.(yet another disconnected piece) That's Max, my dog, sitting out in my yard by a bed of nasturtium and morning glory in the top pic...thought he deserved the exposure. What the hell...it is my blog.
Posted by k.houser at 4:09 PM

The towel is available if anybody wants to bid on it. Sadly, it has been washed since its appearance in the video.