My Secret Raku Past 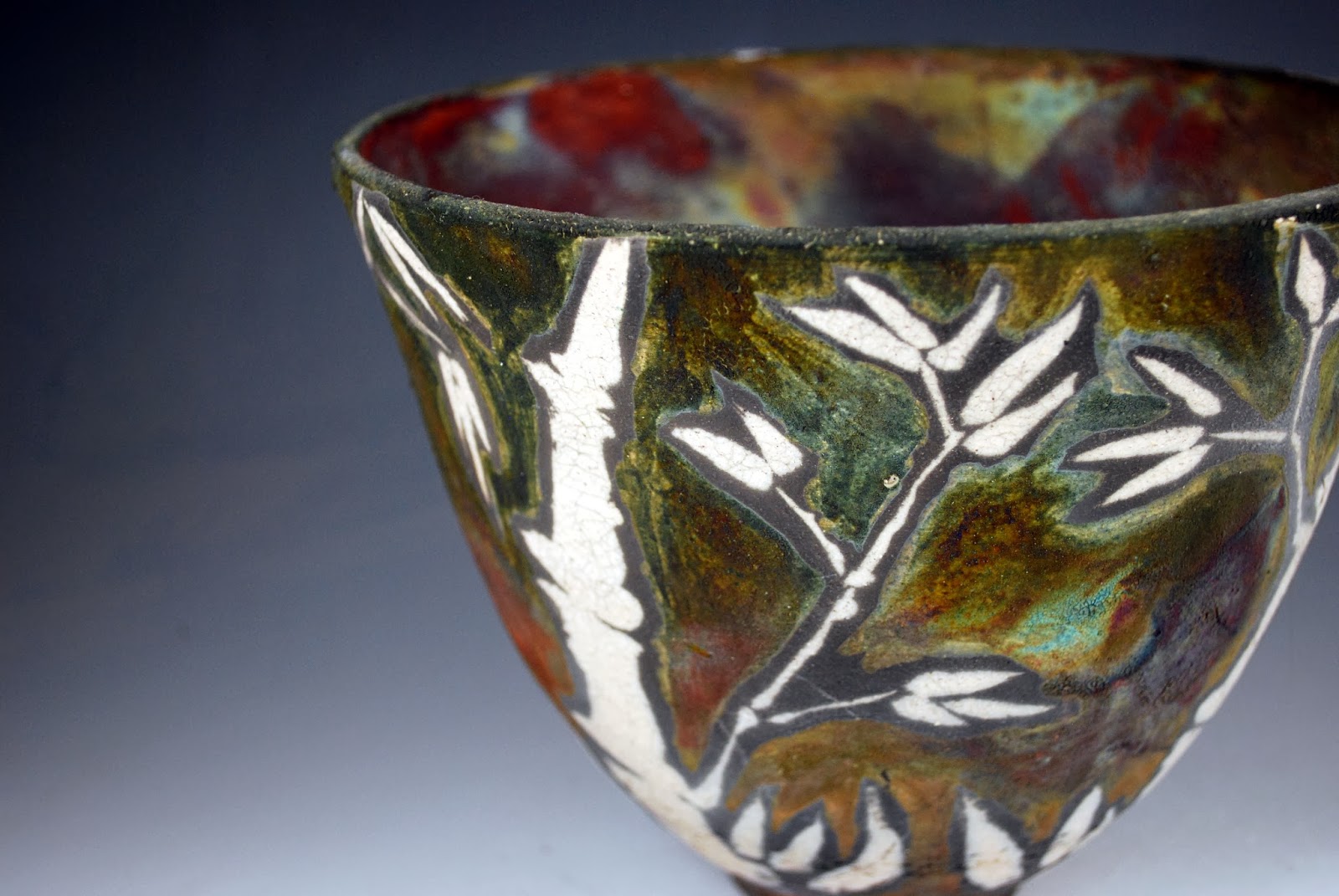 During the late 90's through the early 2000's I was a Raku addict. I admit to getting hooked on ceramics way, way  back in the late 80's when I was exposed to the gateway drug...Raku. The drama of the firing process, the flames, smoke and the immediacy of it all really clicked for me and I ran with it. I set up a studio in the down town area of the Central Florida town where I was living sometime around 1997 and did nothing but make work strictly intended for the Raku firing. From there I peddled my charred and glossy goodness to the many out door festivals around Florida and even up to my now adopted hometown of Pittsburgh, PA. on several occasions.

These days I very rarely make anything that I think I will be putting in a Raku kiln. I enjoy teaching the process and students enjoy just what hooked me in as well...fire and smoke and the promise of your work finished in under an hour. I held monthly firing workshops back in FLA., fired every Friday when I was in Chautauqua, NY. and even flew my fiber kiln over on a 16 seater plane to Andros Island in the Bahamas to do workshops on a military base...twice! But personally, I went cold turkey in 2004 and although I have fallen off the wagon here and there since, I have never had a serious relapse.

It was fun to revisit a few pieces as I was in need of a high res. image for an upcoming ceramic class catalog. All my Raku work was made pre-digital camera era, so I had to shoot a couple pieces I had around the house still. These images are of  pieces I made sometime between  1998 and 2001...I think...still look pretty darn good. The mixed media piece was most likely made in 2001.

Glad I got this all off my chest...your a good listener.
Posted by k.houser at 7:42 PM