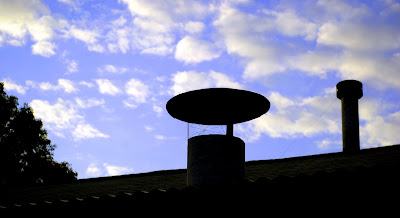 Putting your pieces, work that you have spent time making just right, into a very hot kiln for a rather lengthy amount of time and trying to reach a specific temperature is by definition, ceramics. However, opening those kilns can be full of elation and disappointment. I often say that glazing and firing is as much about acceptance as anything. So I am reminding myself of this as I approach writing this post.

We fired the train kiln last week and opened it on Saturday to a little of both, elation and disappointment. After a short but brutal 19 and a half hour firing the work is a real mixed bag. The front of the kiln reached temperature pretty early on and the work in that part of the kiln looks good...plenty of ash and the shino's were juicy due to the sustained high heat. The middle was hit and miss...some good, some not so good...and the back...well, eeehhh. The back of the kiln is still failing to reach temperature and the work back there will have to be re-fired. My vote is to just fire pieces in the front of the kiln, taper off work towards the middle and use the back as a pizza oven. We could get some really good pizzas out of the back...pots, I don't think so...but pizzas, there's an idea! 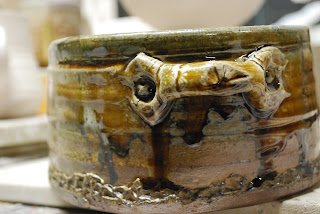 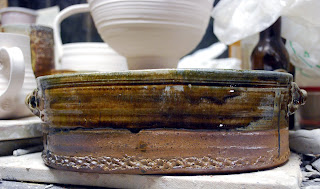 Here are a few images from the firing above and below: I did get a nice large oval serving dish and a small pumpkin shaped jar... the other lidded jar pictured ended up with a big green jewel on the bottom from the ash running down the side. Also, here are a few pieces from Nancy that came out pretty good. 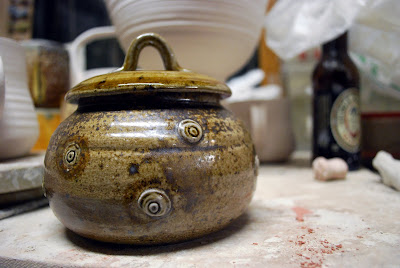 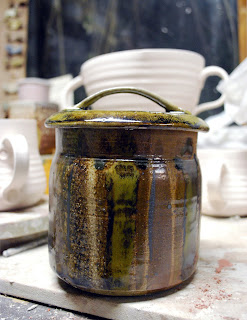 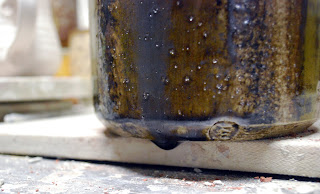 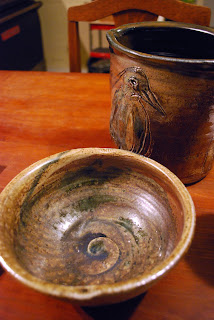 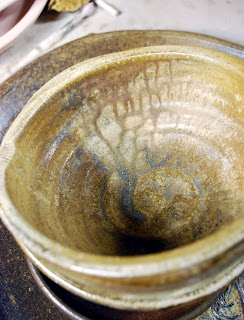 In another week we will be firing either the bourry box kiln or the salt kiln or maybe both before the upcoming studio tour...more work, less pizza.