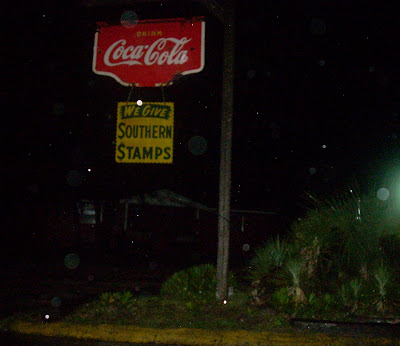 This past Friday night I traded in my usual snowy weather for a good ol' Florida thunder storm. Believe it or not, that's a pretty good trade. That night we trekked out into the rain about 20 minutes from Ocala and into the middle of nowhere, better known as Cross Creek. If this name rings a bell with you, it should, because it is the place where Marjorie Kinnan Rawlings lived and wrote the book The Yearling. But we did not go out on that stormy night to sight see, we went for a much more important reason...fresh seafood. Nestled in the palmettos and blanketed by spanish moss is a restaurant that you might just sail past thinking its an old fishing camp. The restaurant is also named The Yearling. 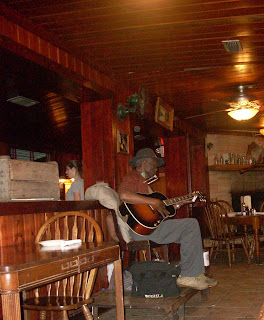 The real bonus came when I saw who was playing there. This man's name is Willie Green and he is the real deal. I have known Willie for many years. He and a few of my friends would play together at numerous parties that I attended, and a couple times at my own place. He would also play around at a few bars in the area. Willie was sort of a well known character around the down town area. Recently, however he has a full time engagement at The Yearling. He is now living out there and playing on the weekends. Willie is an amazing blues musician who has lived a long tough life but he told me when I saw him that he has stopped drinking and is doing so much better out there. The weekends bring a steady crowd and he has even cut a CD with a regional production company. 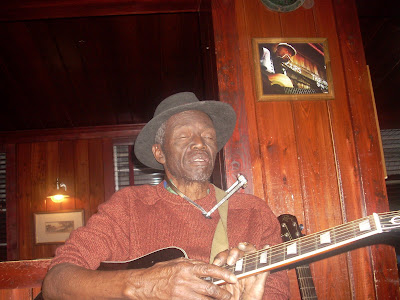 True blues fact: Willie Green learned how to mimic a harmonica by making sounds with his mouth and throat. He said he never could afford a decent harmonica so he just learned to sound like one. He still uses this trick, as I witnessed on that rainy night, even though he has his own these days. It was good to see and hear Willie and if you are ever near Cross Creek, search him out.

PS. I had a heaping plate of fried grouper, shrimp, oysters, and scallops with a side of collard greens and a baked sweet potato...that was some good eatin'

PSS. My 5 year old daughter shot these images...I think she was channeling her inner Diane Arbus.