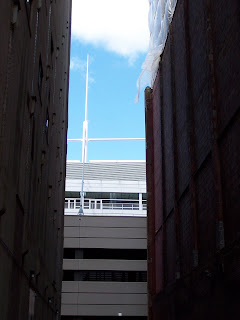 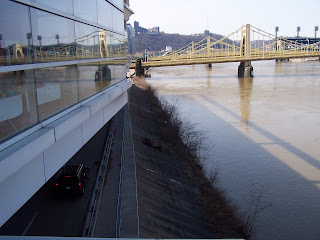 NCECA...Pittsburgh, Pa....2008
Like the confluence of the three rivers that meet near by the sweeping tent like architecture of the convention center, thousands of people came together in similar fashion for this year's NCECA. For those of you who do not know, National Council for the Education of Ceramic Arts...AKA, NCECA. 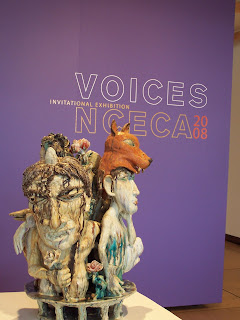 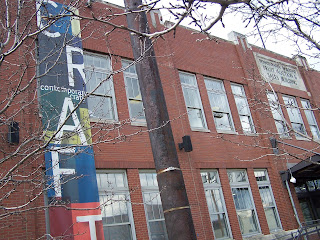 I spent two days soaking in as much ceramic work and clay stuff that I could possibly hold in my little head. In brief here, I would like to highlight shows that I thought were very notable and also feature some of my favorite work. Speaking of favorites, my first stop was to one of my favorite spots, The Society for Contemporary Craft. This was mostly contemporary figurative clay sculpture. Great space, great shop area, and really interesting work. Below I put a few personal faves...work by Adelaid Paul, Sergi Isupov, and Jason Walker. 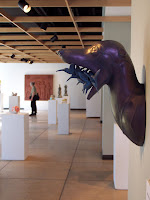 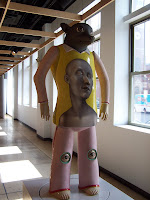 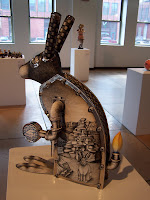 Next on my gallery hopping trip was Three Rivers Gallery...two separate floors of conceptual ceramic objects and small installations. I wanted to pull up a bean bag chair in the middle of all those ice cream cones, have a big mug full of h 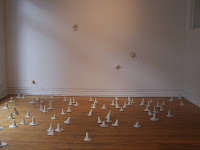 ot coffee and watch the city go by under me! 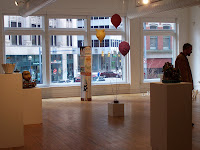 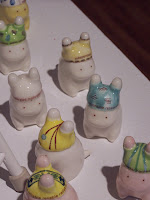 Another really cool show that was recommended to me was 'Black Clay' at the August Wilson Center. I was so happy that I listened and went...great show...I was especially blown away by the large organic forms with the gorgeous surfaces in the back gallery space. I had recently seen an article on this person's work in a magazine, and I was thrilled to see the work in person. Another great piece in this show was the heavily decal-ed, commercially produced cups all arranged in architectural stacks and covered in images of pop icons and decal graffiti...so very Warhol...I'm a huge fan of the decal if you have not already figured that out. 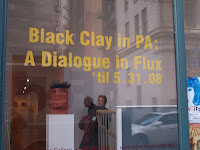 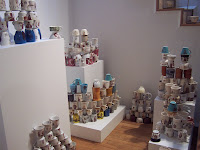 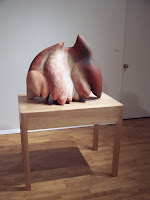 Then it was a quick trip into one of the coolest ideas I have ever seen. The Art Stream...an airstream trailer that has been outfitted inside as a mobile gallery space. It usually sets up shop immediately outside the conference and people flock to see whats going on inside. Inside you will find all functional ceramic works by a lot of young potters, including that of Elizabeth Robinson, whose work I love. 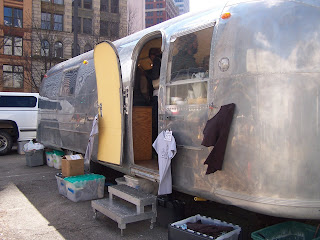 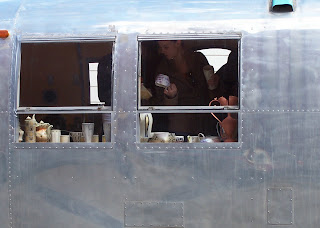 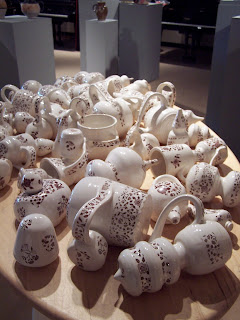 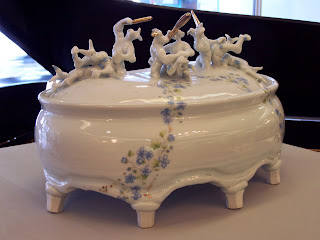 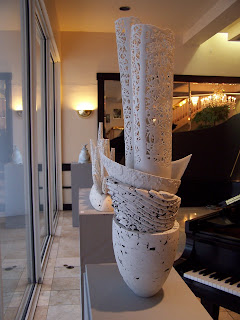 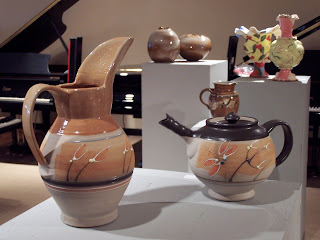 The next day I spent most of my time in the convention center itself...I spent a great deal of time in the vendor/exhibitor section...every imaginable clay tool, book, glaze and clay related item all under one roof! Here I also met and spoke with one of my very favorite ceramist/clay sculptor, Virginia Scotchie and purchased a great big glaze recipe book that she put together. 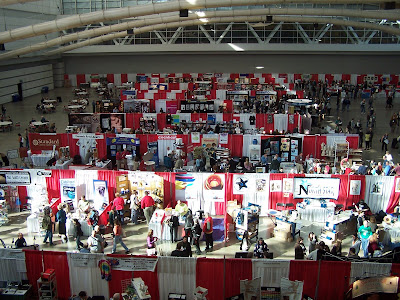 Late Friday afternoon, me, Nancy and JR headed over to the multiple shows and after party at Standard Ceramics. Standard is our local ceramic supply. Also on the same property as Standard is Pittsburgh's oldest and coolest clay gallery, The Clay Place, owned and operated for 27 years by Elvira Peake . 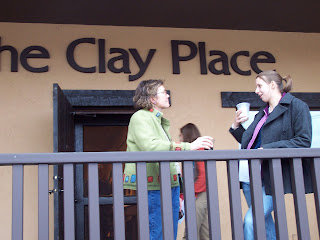 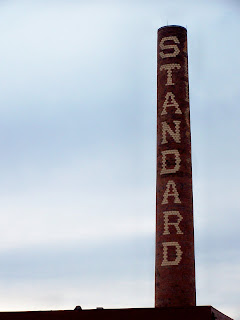 We saw some nice installation work and alot of great pots and sculptural objects here. The Clay Place featured the work of Kirk Mangus, Eva Kwang, and Micheal Simon, along with Elvira's own work. The shows in Standard were set up everywhere! All through the warehouse and clay production areas, boxes had been stacked into pedestals and the artwork mingled with the heavy equipment...notable pieces for me were the Arthur Gonzales piece that I am posting below, and this amazing cup piece as well as most all the work from the Nordic Wood Fire mini-show. 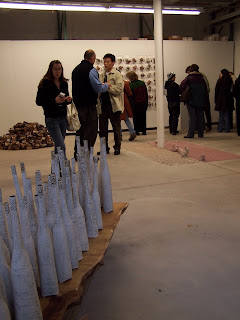 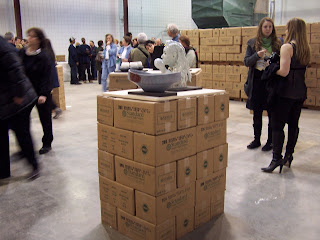 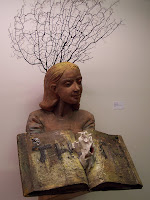 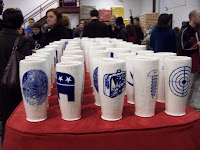 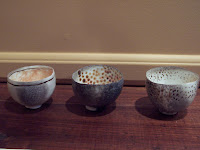 WHEEE-HOOO! That was a big posting! But to share this experience with you gentle reader, its so worth it! NCECA is jam packed with things to see and do. My brain is on ceramic overload and I am juiced to get in the studio and finish up my new sculptural pieces as well as start working on a new batch of wood fired ware. If you have never been, put it on your list of things to do. I spent a very happy two days with friends, meeting new people, and seeing some great, great clay. Goin' dawhn-tawhn to see yinz guys in the burgh was well worth the trip.

Thanks for putting this together Mr. Homefry. Enoyed the photos and commentary!

glad to do it...I had a great time, and I like sharing it with all interested parties. You should really go at least once! hey, but if you can't, this is a great way to at least see little bits.

Thanks for posting and linking from the Mud Team site - enjoyed seeing and hearing what it was like.

Great writeup! Virginia was my professor at USC! The glaze compendium has some great stuff. If you ever do soda--try Sana's Green and J.L. Purple--They do some crazy stuff!

Very Cool...I love her work and refrenced her several times in my thesis...plus she(virginia scotchie)seemed easy going and cool. Must have been smooth going having her as a prof.

I'm so glad that I found your blog! Thanks for sharing your impressions and experiences at NCECA. I know what you mean about ceramic overload! I've been posting my NCECA 2008 experience at my blog, http://potteryblog.com
I look forward to reading future postings!